This is a copy of an excellent blog article by Chris Richardson from his web site. He also has more information about this on GitHub.

Here is an example of a microservice canvas. It describes the Order Service, which is part of my book’s example FTGO application. 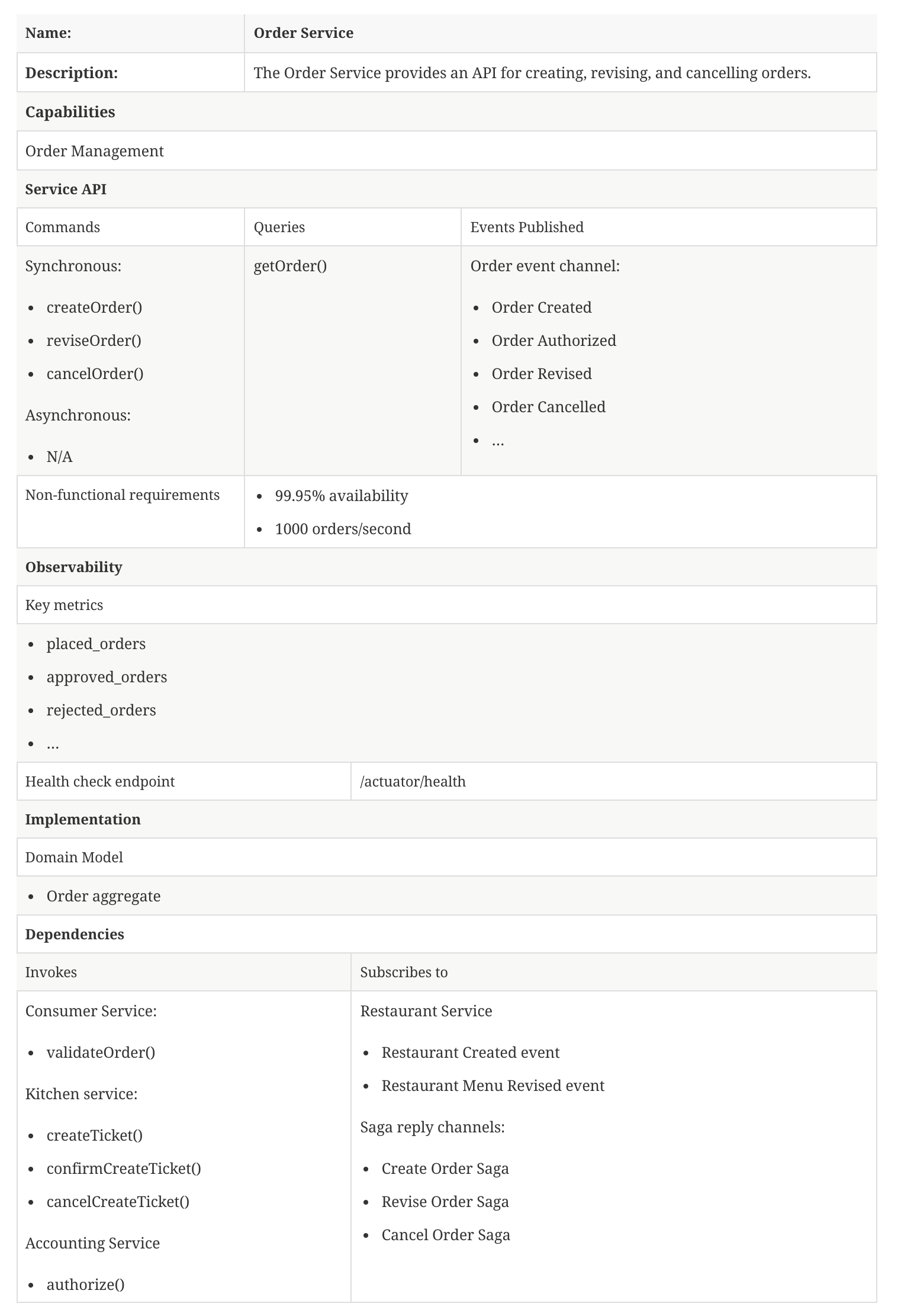 The service’s external view is described by the following sections:

The canvas can also describe the service’s implementation, such as its domain model.