Quanta Writers and Editors Discuss Trends in Science and Math

This is 3 part of a series of 3 posts that reprint articles that cover the crisis in particle physics that have emerged since the failure of scientists at CERN to discover a whole range of new particles as predicted by string theorists.


In my opinion, string theory is complete bollocks as is multi-universes. Nature is a book to be read not written. Maths is largely an invention rather than discovery. Theory needs to be tested and proven by experimentation.

Below is an article about a panel discussion which takes up many of the issues confronting particle physics, the nature of mathematics etc.

The video of the panel discussion is well worth watching. Natalie Wolchover in her panel comments discusses the issues raised at the workshop she previously wrote about in A Fight for the Soul of Science.

On November 16, more than 200 readers joined writers and editors from Quanta Magazine for a panel discussion exploring the latest ideas in fundamental physics, biology and mathematics research. 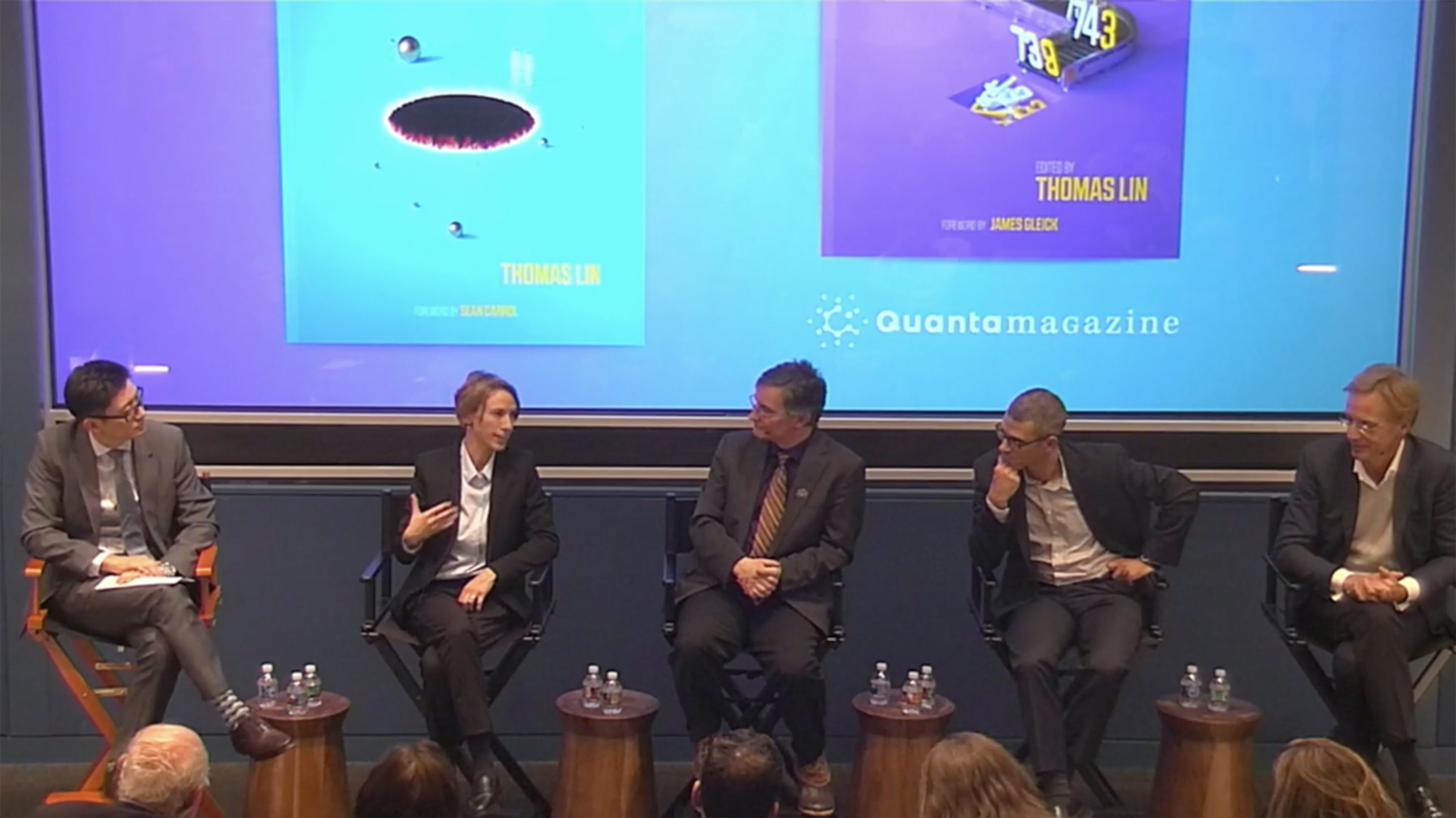 Why doesn’t our universe make sense? What is time? What is life? On Friday, more than 200 readers joined writers and editors from Quanta Magazine at the Simons Foundation for a wide-ranging panel discussion that examined the newest ideas in fundamental physics, biology and mathematics research, including the questions of whether our universe is “natural,” the nature of time, the origin and evolution of life, whether mathematics is invented or discovered and what role it plays in science and society. These are just some of the topics presented in Quanta’s two new books published by The MIT Press: Alice and Bob Meet the Wall of Fire and The Prime Number Conspiracy.